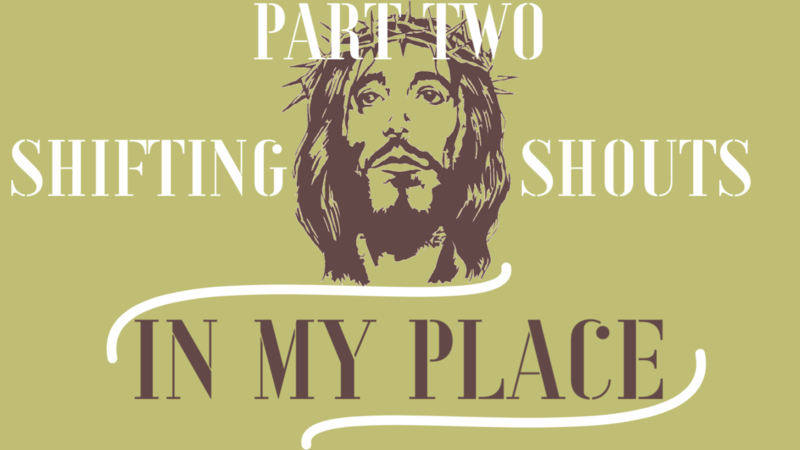 Jesus didn’t just die for us, he died instead of us.

"Go into the village over there," he said. "As soon as you enter it, you will see a donkey tied there, with its colt beside it. Untie them and bring them to me. If anyone asks what you are doing, just say, 'The Lord needs them,' and he will immediately let you take them." (Matthew 21:2-3 NLT)

Most of the crowd spread their garments on the road ahead of him, and others cut branches from the trees and spread them on the road. The crowds that went ahead of him and those that followed shouted, "Hosanna to the Son of David!" "Blessed is he who comes in the name of the Lord!" "Hosanna in the highest heaven!" (Matthew 21:8-9 NIV)

Jesus is doing things in our place so we don't have to one day.

He said to them, "The Scriptures declare, 'My Temple will be called a house of prayer,' but you have turned it into a den of thieves!" (Matthew 21:13 NLT)

I will bring them to my holy mountain of Jerusalem and will fill them with joy in my house of prayer. I will accept their burnt offerings and sacrifices, because my Temple will be called a house of prayer for all nations. (Isaiah 56:7 NLT)

Don't you yourselves admit that this Temple, which bears my name, has become a den of thieves? Surely I see all the evil going on there. I, the LORD, have spoken! (Jeremiah 7:11 NLT)

Many places of worship have become a house of trade rather than a house of prayer.

The blind and the lame came to him at the temple, and he healed them. But when the chief priests and the teachers of the law saw the wonderful things he did and the children shouting in the temple courts, "Hosanna to the Son of David," they were indignant. "Do you hear what these children are saying?" they asked him. "Yes," replied Jesus, "have you never read, " 'From the lips of children and infants you, Lord, have called forth your praise'?" (Matthew 21:14-16 NIV)

Now Jesus was standing before Pilate, the Roman governor. "Are you the king of the Jews?" the governor asked him. Jesus replied, "You have said it." But when the leading priests and the elders made their accusations against him, Jesus remained silent. "Don't you hear all these charges they are bringing against you?" Pilate demanded. But Jesus made no response to any of the charges, much to the governor's surprise. (Matthew 27:11-14 NLT)

Jesus’s Silence Spoke For Us

As the crowds gathered before Pilate's house that morning, he asked them, "Which one do you want me to release to you--Barabbas, or Jesus who is called the Messiah?" (Matthew 27:17 NLT)

Just then, as Pilate was sitting on the judgment seat, his wife sent him this message: "Leave that innocent man alone. I suffered through a terrible nightmare about him last night." (Matthew 27:19 NLT

So the governor asked again, "Which of these two do you want me to release to you?" The crowd shouted back, "Barabbas!" (Matthew 27:21 NLT)

Because Barabbas was released, Jesus can be received

The crowds that went ahead of him and those that followed shouted, "Hosanna to the Son of David!" "Blessed is he who comes in the name of the Lord!" "Hosanna in the highest heaven!" (Matthew 21:9 NIV)

Pilate responded, "Then what should I do with Jesus who is called the Messiah?" They shouted back, "Crucify him!""Why?" Pilate demanded. "What crime has he committed?" But the mob roared even louder, "Crucify him!" (Matthew 27:22-23 NLT)

Are you shouting Hosanna or Crucify?

Is your focus on Christ or the crowd?

When we were utterly helpless, Christ came at just the right time and died for us sinners. (Romans 5:6 NLT)

But God showed his great love for us by sending Christ to die for us while we were still sinners. And since we have been made right in God's sight by the blood of Christ, he will certainly save us from God's condemnation. (Romans 5:8-9 NLT)

Who then will condemn us? No one--for Christ Jesus died for us and was raised to life for us, and he is sitting in the place of honor at God's right hand, pleading for us. Can anything ever separate us from Christ's love? Does it mean he no longer loves us if we have trouble or calamity, or are persecuted, or hungry, or destitute, or in danger, or threatened with death? (Romans 8:34-35 NLT) 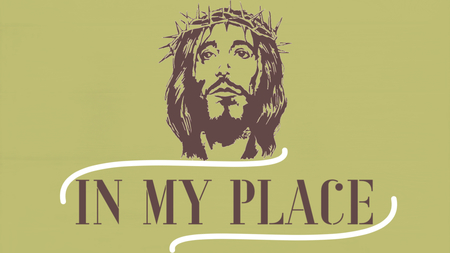 Jesus In My Place
Current Sermon

Jesus In My Place
Matthew 21

Subscribe to receive email updates with the latest news.

We hope to see you soon! Come visit us any time.

CLICK HERE TO CONTINUE
powered by
PLAN YOUR VISIT